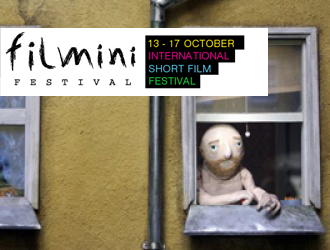 4th annual FILMINI Short Film Festival was held in Sofia, the capital of Bulgaria. Karisma Films producer Markus Kosonen was taking part of the ProductionÂ  Master Class and the Jury for selecting award films. Here is the link for The Festival Jury introduction and the awarded films. Finland was nicely regardedÂ  with two awards, both for the short animation Benigni.